Earlier this week I won a raffle at work for a teddy bear. 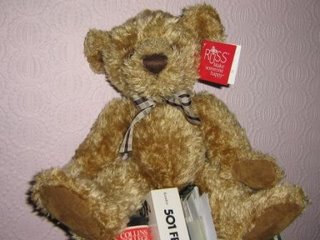 As yet I haven't decided on a name (though as a Russ Bear he does come with the name Cromwell).

He's one of a number of bears in our house, all much loved. Puddum (the greying one on the right) now has most of his nose hanging off. The one on the left was a present from the wonderful Christine (another Russ Bear: given name Geoffrey - though that isn't what I named him and no Neil he doesn't look like a Womble). 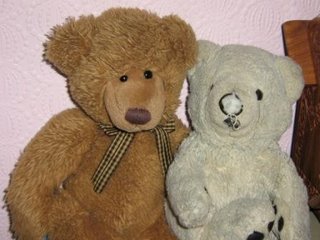 And there is also Michael, whom Neil bought for me one Christmas causing women in Sainsbury's to swoon as he walked around the store with this giant bear under his arm. He's a bit of a ladies' man, as you can see by the fawning girls on his lap. 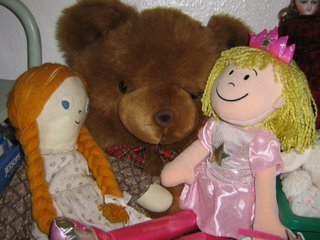 Who doesn't? Only those without a heart or a soul, that's who!