Saturday night was the exhibition opening event to celebrate 100 Heroes - the centenary of Nottingham's Student Union.

Students and alumni were invited alongside staff to nominate students, staff, and societies who they felt had made a significant contribution to the 100 years of the University and to its students. Somewhere between 700-800 individuals and groups were nominated.

Porters, cleaners and support staff were recognised alongside academic subject tutors who have gone the extra mile; clubs and societies, and the individuals who have worked on their behalf,  for all kinds of activities from the geeky to the physically sporty were picked out for their efforts; the first woman student union president, those who fought for the university charter, and those donated land to the University (Sir Jesse Boot, ta) were acknowledged for their efforts of leadership and championing of the University.

There was a spectacular cake commemorating the Crop-Up Gallery collective - a student run curatorial group set up by a recent graduate, Charlotte Hopson during her final year as a UG student.  Crop-Up designed and put together the whole exhibition and the exhibits around Portland, with Crop-Up participants tweeting their activities across the run-up to the event and the evening itself. Sadly, there were only crumbs left of the cake by the time we got back to the room!

And there was me. Because despite having only been at the university in a working role for 10 years, I'd been nominated and then selected as one of the 100 in the 'Unsung Heroes' category. 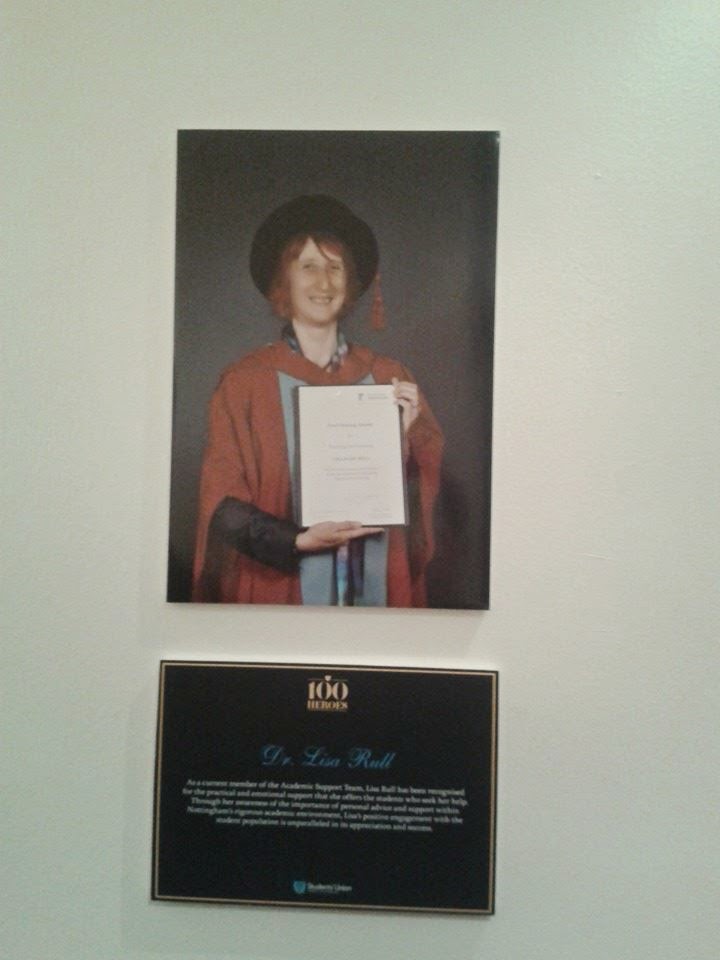 I did know before the final selections were made that I'd had at least one nomination, as one of my ex-students emailed me and said he'd put me forward.  Shucks. (What was lovely was that he came along to the event with his girlfriend and we got to have a nice chat).  Then about a week ago, after I'd found out I'd been chosen, another former student contacted me forwarding the email she'd had confirming that her nomination - me - had been selected.  Double shucks. But it was only on the night itself, seeing the rolling display of winning heroes with some of the nomination statements that I realised I'd also been nominated by another former student, an international PhD student I'd worked with a few years ago. Treble shucks.

Anyway, Neil and I had a lovely evening.  A chance to dress up, I'm never going to turn that away! 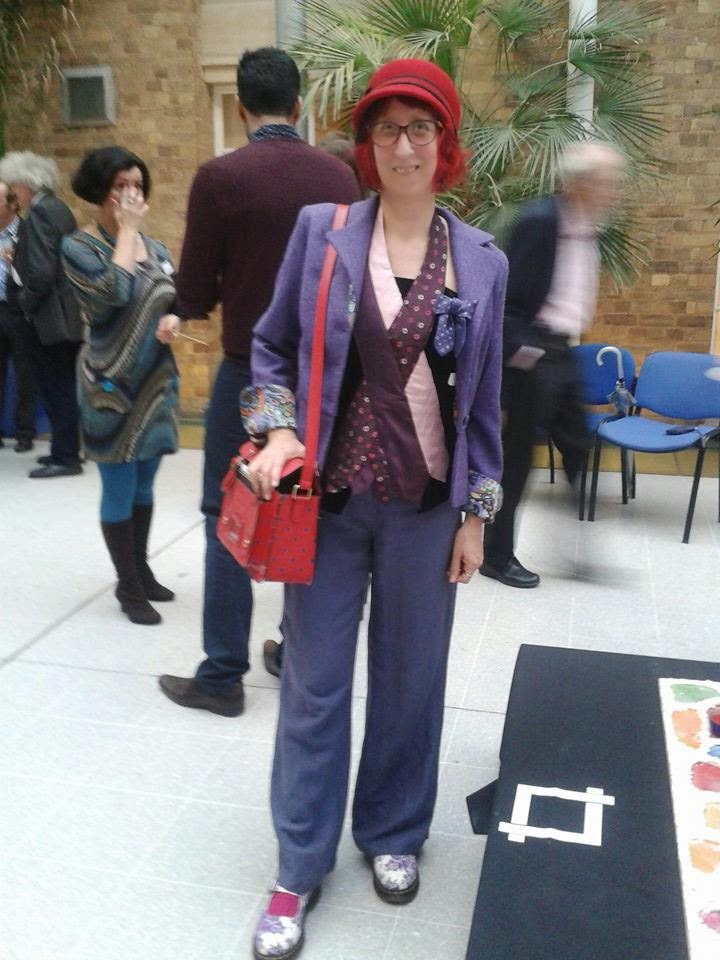 Of course in some respects, it was about less about me than the whole collection of people that were being praised. For example, it was nice to talk to Professor Martyn Poliakoff (yes he is related to writer and director Stephen Poliakoff - brother), so a huge thanks to Neil for making Poliakoff's choice of tie (a classic chemistry prof tie) the starting point for a brief introduction and conversation.  Well known on You Tube for his contributions to the Periodic Table videos, It was a lovely little chat and he was utterly charming in the way that someone who looks like this exactly would be. 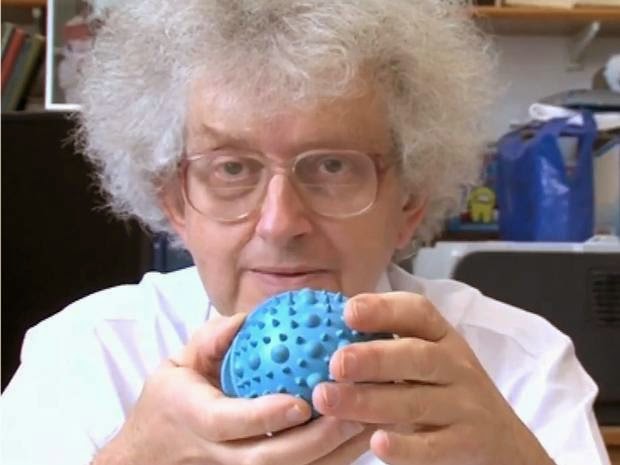 It was also pleasing to see some of those I work with getting (more) recognition.  These included the lovely Gaby for instance - picked out as one of those noted in the alumni press release for the event. Alongside Gaby, her husband Nick was also nominated, along with one of our Mental Health Advisers Claire (who really should have had a nomination on her own, alongside her colleague Farrah), and a couple of other professors I've worked with in the past in supporting students (the excellent Professors Liz Sockett and Hamish Forbes, who were very kind in saying how pleased they were I'd been nominated).  Overall, lots of really worthy people were identified but you can always pick out more.

For myself, I'd have loved to have seen nominations come to fruition for: