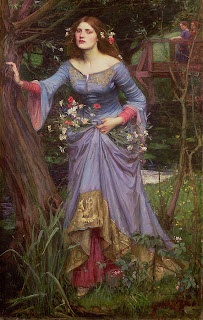 MediumRob asked his question of the week as 'what is your favourite artwork?'

Firstly, there is the picture above: John William Waterhouse, and one of several versions of Ophelia. I love this particular one as I think it is the only one that captures here is a woman who has gone mad.

However, at the opposite of the art spectrum, I could sit in the Rothko room at Tate Modern from morn til night and not be bored with their shimmering radiance. 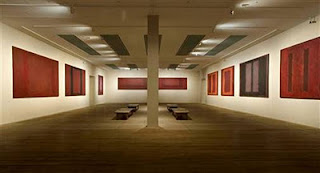 A painting a wish I had purchased when I had the chance was a work called 'Lost and Found" by Emmy Bridgwater. It was well out of my price-range (a poverty stricken student) when I first saw it back in the early 1990s. It went to a good home - I don't know if it is still there or not - but I loved it with a passion. It was small, and delicate and fierce all at once.

Bizarrely, the chronology page I created on Bridgwater back then is STILL hanging about on the InterWeb, unable to be updated with a new contact address....

Back when Trafalgar Square was still accessing traffic in front of the National Gallery, there was a sound installation: Wave Memories by Bill Fontana. As you descended the steps either side you suddenly heard this enveloping sound of waves crashing on the shore - it was being projected live from the coast - and it was magnificent. As you walked away, the sound was muffled under the traffic sounds, but in the lower ground are near the fountains, it was like being by the sea.

Architecture-wise, I still inhale sharply at the elegance and beauty of the Express Building in London (especially inside) 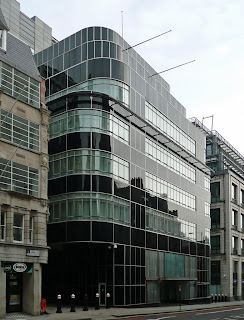 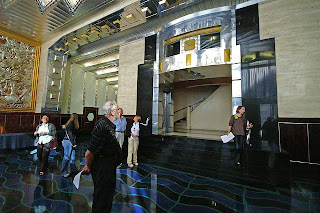 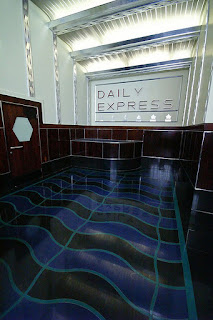 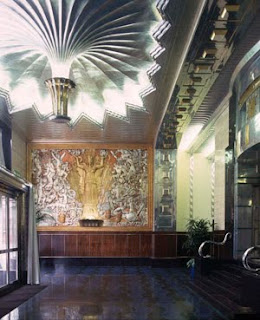 I still think one of my best experiences was on the Open House day several years ago when I got to see inside this beauty. A great experience.
Posted by Lisa Rullsenberg at 6:27 pm

Brillaint choice. in 2001 I was stumped for a present for Shirley, the not-wife, s a friend did a portrait of her in the style of Waterhouse's Ophelia

It went down a treat with Shirl!

Fantastic! That is SUCH a great present!

I went down beautifully! Luckily Shirl's dad made a frame for it before I gave it to her!

Oh as for Rothko I am so glad they grace the wall of the Tate and ow some restaurant in the Seagram's building!

THere is smething amazing about Rothko's work. I find them quite hypnotic.

You should see the inside of some of the Vegas casinos. The Palazzo and City Center are pretty impressive, lots of marble.

I did a double-take there as the old Daily Express building in Manchester (not sure if it's still there) looked exactly like the London one. Now there's corporate styling for you.