In Praise of .... Educating Yorkshire

At first I felt a little less of the emotional recognition that had accompanied the episodes of Educating Essex that I had watched two years ago.  This time around, although Educating Yorkshire was clearly on the Thursday agenda, it didn't initially connect with me as much as had the earlier series.

All that changed as the series progressed, and the final three episodes were just breathtaking....

The redoubtable Mr Steer and the impossible girls: one man's body almost at breaking point as he battles to get a group of girls through Maths....not least of all Sheridan, who - like her friends - clearly loves doing her hair... 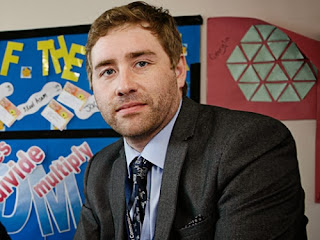 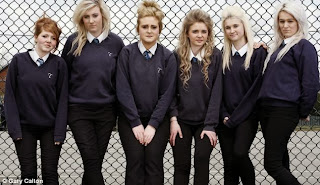 Jack's passion for history, despite his obvious academic struggles and his difficulties with settling in a school (finding out he had moved on was heartbreaking and you just hope things work out long term) 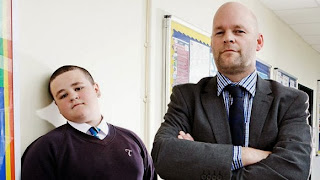 And ultimately the brilliant Musharaf Asghar overcoming his stammer with some support from Mr Burton* .... I'm a bit overwhelmed after last night's finale. 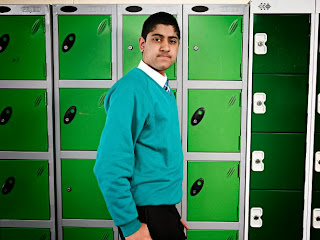 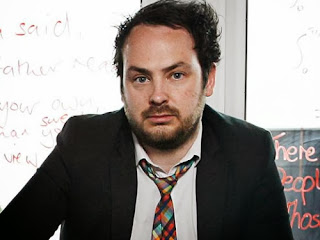 I was pretty much in tears from the get-go last night, and reading Musharaf today in the Guardian, you just want to cheer for what he ---- and the school --- achieved.

* and yes I was screaming at the TV "make some reasonable adjustments!" ----it was ultimately putting into practice (belatedly) advice from Speech and Language Therapists (and The King's Speech) that turned things around.

Didn't stop me joining in with the sobbing Year 11's as Mushy gave his end of year speech.

Posted by Lisa Rullsenberg at 7:33 am

Something not sent over to the US. Glad it improved for you.

People like Mr Steer and Mr Burton are the reason I will always have faith in humanity. Did you know that Mr Steer ended up spending 2 weeks in hospital after he saw the students into the exam hall? Turned out he had blood poisoning. Eczema, contact allergies & blood poisoning all at once and still he made sure he was there for his students when they needed him. I wish my maths teacher had 1% of his kindness or dedication. Instead she made me hate a subject I once loved and fear school to the point of developing stress related migraines.

Wish I had had a Mr Steer. My maths teacher would proclaim clichés like "you won't find an O level certificate in your cornflake package".