Neil bought me the boxset of S1-3 of Fringe ahead of my birthday in October, and we ended up devouring the episodes like a bunch of crazy sci-fi fans. 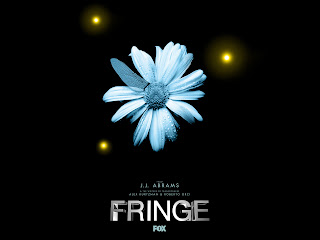 To say that the show has been a BIG hit in our house would be an understatement!  The problem is that I would love to write about it, but the shortened S5 doesn't come out on DVD til May in the UK and we're just starting s4 on DVD boxset.

This means that providing links is a NIGHTMARE.  If you haven't watched it I don't want to ruin it for you ("spoilers!" as someone once said, very often), and far too many searches online turn up links that spoil me.

Fringe is a series that didn't look like it would survive to a second season (it did), and then only just about got a third (though it got moved to the Friday night death slot - the slot that previously killed Firefly)... 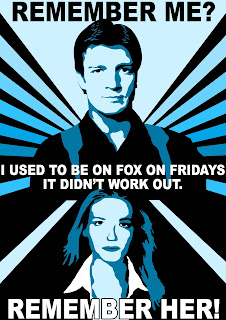 Thankfully, even before season 3 finished, they granted it a season 4 --- and then, lo and behold, despite everything, a shortened season 5 got put out to round things off AND get the cherished 100 episodes for syndication.

What makes Fringe work?  Well, there are a few things.  But they mostly come down to one thing: John Noble's portrayal of Walter Bishop.

Suffice to say there aren't enough acting awards around to fully credit Noble and his portrayal of Walter Bishop, a brilliant scientist who has spent years in a psychiatric institution.  He is food obsessed, took/takes way too many drugs, has the most random approach to life and research, and develops a bond with his lab assistant Astrid (Jasika Nicole) which is utterly charming.  When he gets her name right, which isn't often, it warms the soul, and it warms just as much when he gets her name wrong (Astro is a frequent error).

Anyway.  It's a joy.  It's more than The X-Files, and way better than I thought Lost could ever be.  It's funny, clever, shocking, and affirming.  We love it.
Posted by Lisa Rullsenberg at 12:34 pm

(and thanks for posting so much)