We headed over to Leicester about 1.30pm and arrived just after 2.30pm by the time we had driven to East Midlands Parkway train station and got a train.  As we walked out the station we passed an 'October Highlghts' poster with a super picture of an August Sander picture from the 1920s. 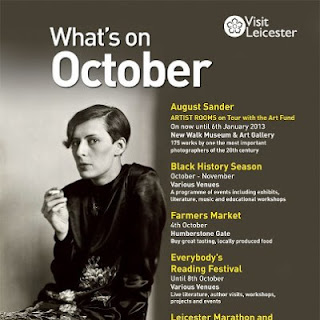 The full-length image of an unnamed secretary at the German Radio Station is a stunner - and I wish I could find the woman's name. 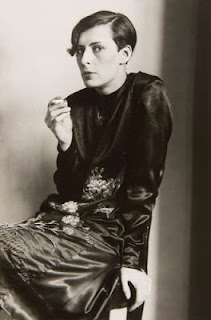 Anyway: being interested in German early-mid 20th century culture, we duly trotted off to the Leicester Museum and Art Gallery for the August Sander exhibition.

This exhibition from Art Fund Touring Rooms, is BRILLIANT - and really worth seeing if you haven't already caught it.  It's on in Leicester until January 2013 so plenty of time to make a journey up the motorway/trainline.

We ended up spending quite some time in the gallery - they also have a great permanent collection of German art from the early 20th century anyway: Kollwitz, Grosz, Dix and earlier expressionist artists such as Marc, Kandinsky, Münter, Heckel, Kirchner, Jawlensky and Schmidt-Rottluff.  We got into a couple of conversations with staff: one of the gallery assistants (pointing out a couple of images in the Sander exhibition were wrongly hung/labelled) and talking about the exhibition more generally with a woman who was doing a questionnaire on behalf of the Art Fund who were funding the tour.  I think I bluffed my way reasonably well, though almost certainly was wrong on some things.  But it was nice to stretch my cultural historian muscles. 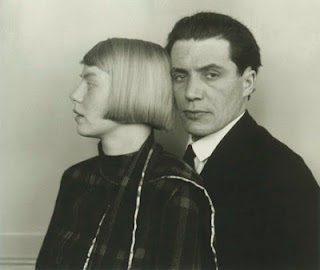 (This was one of the pictures concerned: easy to pick up as there was another of Dora further along the same wall)


Sander's work tried to categorise and capture archetypes and inevitably gained criticism during the 20th century.  Was his work for or against Nazism?  It is useful to consider that his son was arrested - and indeed died - due to his Communist sympathies and actions.  Was August as active in his politics?  No.  But he clearly had sympathy for the intellectuals as well as 'those of the soil' and his work captures the diversity of Germany in a way that could have hardly been comfortable for the Nazi regime.  His work has been criticised over the years - misunderstood for what he was trying to achieve.  He didn't make it easy for Germany to look at itself, but he did provide a unique record of itself for future generations. 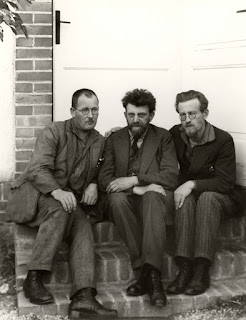 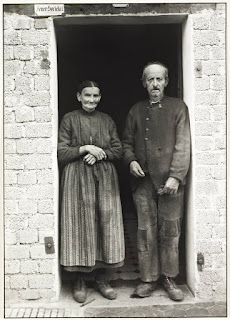 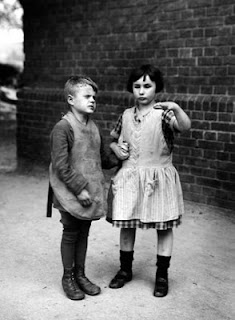 Posted by Lisa Rullsenberg at 8:05 am