My sister-in-law is a serious runner ---- she has won the New Zealand 800m National Women's Masters competition, and on Sunday 29th September 2013 came 3rd in an extraordinarily hilly and demanding 10k run in Kinver for Action Heart.  She runs pretty much all the time and is incredibly fit.

This is the amazing Sarah doing the 800m Dunedin Masters games in 2012. 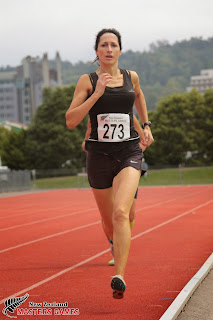 Anyway, today she and brother-in-law completed the VERY HARD Kinver 10k.  Just to give you a sense of the route, there's a MapMyRun view. It's a pretty challenging set of hills that the race includes, and I really won't be doing it anytime soon.

It's pretty amazing that she came in at a time of just over 45 mins, with Mark coming in at just over 60 mins.  That rather puts into a cocked hat mine and Neil's achievements at doing a 2k 'family fun run' (alongside 3-8 year olds, with various parents and few pre-teens) and covering the distance in a mostly-run, and a little bit walked 13-14 mins.  Pah.

Still - Mark and Sarah did great. 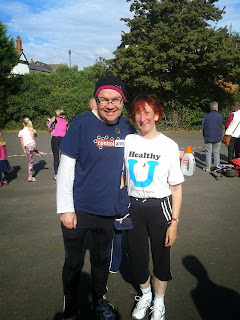 Neil and Lisa post-race (note my "UN-healthy U" t-shirt from Nottingham Uni!) 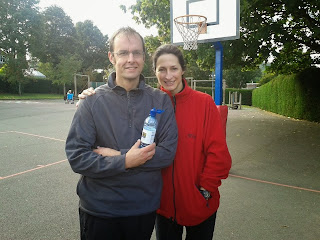 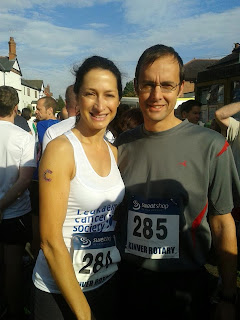 Next spring I seem to have signed myself up for doing Race for Life - that's 5k (I keep telling myself 3k just to not scare myself witless).  I'll be part of the Art History team from Nottingham Uni (honorary associate member) and I'll be running alongside awesome Gaby Neher who promises we will have Haribo as rewards during training and certainly post-race.

Believe me, Haribo crocs are a REAL incentive, especially when they're the make of Haribo crocs generally only sold in France which are FAR superior to versions sold in the UK!


Posted by Lisa Rullsenberg at 6:33 pm

We know you can do it! (and in stripes too)