Within an eight day period, I've been inside six great libraries, to varying degrees.  Sometimes just to see an exhibition (and not visit the library per se) and others to just glory in the building and its book contents.

We kicked things off with the British Library - the building is hardly loved, but the contents are spectacular, and it has very good exhibitions.  The BL suffered from a protracted development of a new site, and the leaving behind of the old Reading Room at the British Museum where it had been housed for so long.  The BM has hardly known what to do with the room since the BL moved out, which is a real shame.  The temporary exhibitions seem to have come to stop. At least at the new BL site, the temporary exhibitions are cracking opportunities to see the breadth of the collections.

We went to see Power and Persuasion, which closes soon: a very good exhibition material as diverse as war propaganda (from all sides), films promoting health (an incredible short on combating venereal disease) and the London Olympics.  With posters, films, printed tracts and books, it shows the diversity of the materials held by the BL and also the slippery nature of the term propaganda which is taken here to include all information designed with the intention to change/inform behaviour and attitudes.

The library at the famed School of Music at Manchester is a beautiful collection and feels how an old established library should feel. 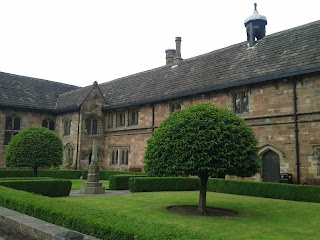 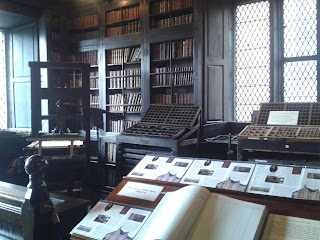 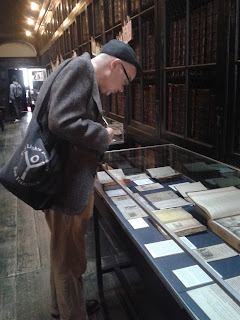 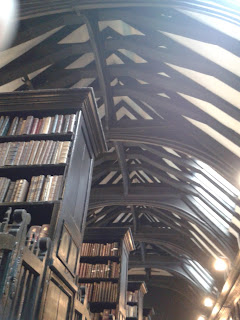 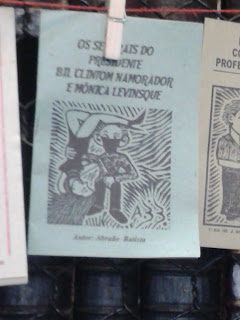 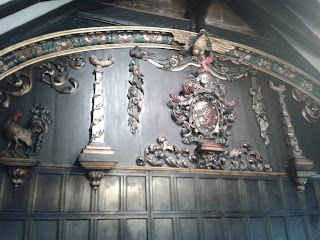 It's hard to resist a place so gothically beautiful as the magnificent JRL, but it highlights how women are often lost from history.  I came away wanting to know more about the woman who powered the construction and collection of the library far more than about her husband in whose name she developed it. 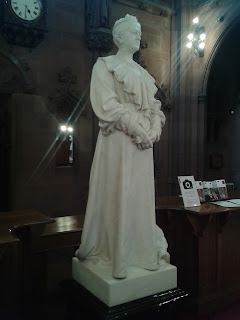 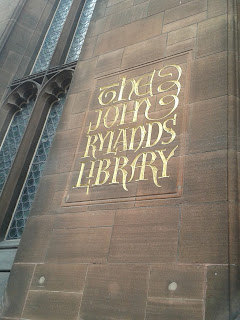 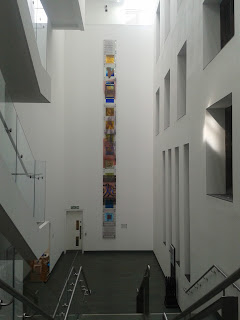 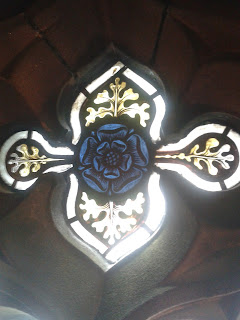 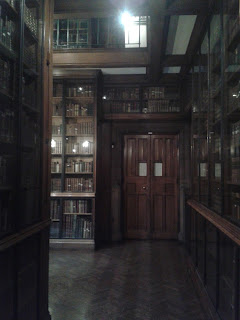 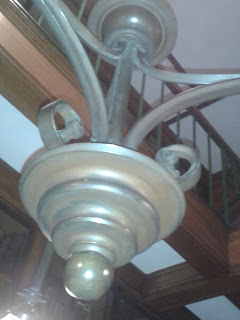 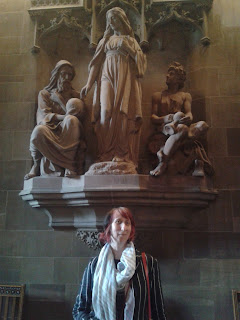 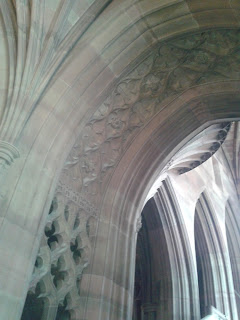 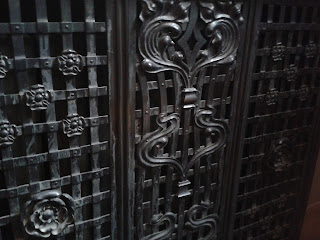 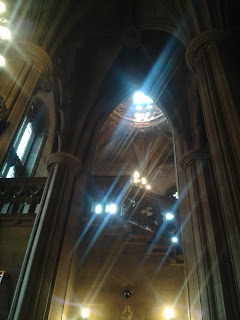 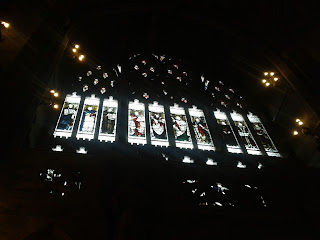 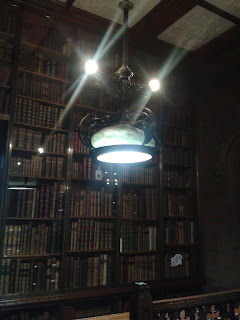 The Portico Library and Gallery

On his preparations for the trip, Neil had found The Portico was a fellow library of the same group that Bromley House belongs to (our own local subscription library in Nottingham: see below).  The photos on the website don't do it justice though and hidden as the location is at the side of its original entrance (the downstairs is now a pub), many would walk past without realising.

I would heartily yell that Portico should NOT be missed.  It is beautiful (as are the other libraries we saw in Manchester) but the welcome was by far the best.

This was in no small thanks to two factors: first, that we are members of Bromley House (this gave us the right to look at the whole place, and not just the public exhibition space), and second, that we ran into a long-not-seen friend who is closely involved and indeed was attending a meeting of the library trustees.  This meant we had a lovely long visit AND had lunch together in the reading room at the back (a proper treat!) 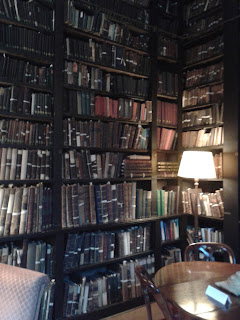 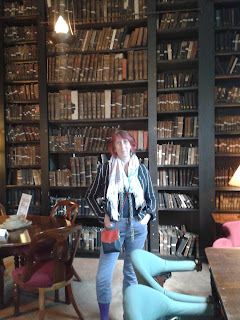 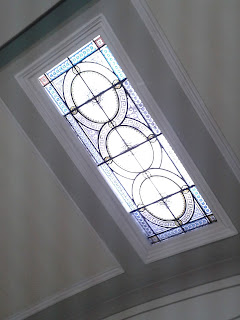 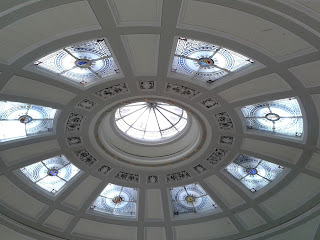 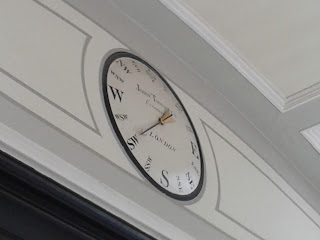 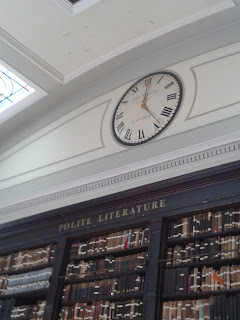 Having had such a warm welcome thanks to our BH membership, I thought it only fit that I pass on the hellos from Emma, Taylor, and Lyn at Manchester's Portico Library to all at Bromley House as the Portico gang were clearly very fond of the wonderful Nottingham library.  Ducking in after having my hair done, it was good to see the progress with some of the internal refurbishments including the new toilets!

I'll reserve judgement on the impact of the new student accommodation on the garden...

We had missed the tour (9.15am arrival in Oxford was beyond even our early rising) but we DID go to see the very lovely exhibition on Magical Books covering fantastical tales from across the ages.  Just to see author Alan Garner's beautiful handwriting was enough of a treat. 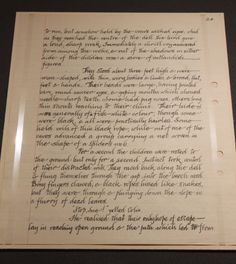 Posted by Lisa Rullsenberg at 5:37 pm

Wow - so many libraries in so little time! Ours are not many here in the US - now I'll have to go to our local and take pictures for you to compare.

To clarify Joe, sadly not all libraries in the UK resemble these beauties. The library movement (thanks Andrew Carnegie) nevertheless spread libraries to many who had little chance to visit these sorts of places.