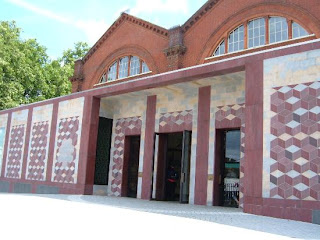 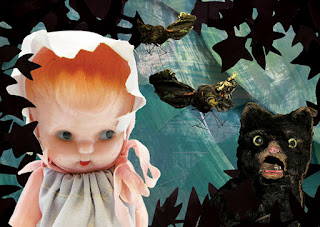 There are the expected collections of children's toys and amusements through the centuries --- everything from Star Wars memorabilia to 18th century dolls-houses, from baby's rattles from many centuries ago to the latest must have robot toys.
But the exhibitions are so much more than 'just' these treats - there are also several excellently put together displays on themes, as exemplified by the Magic Worlds show (on til 4 March 2012) on magic and illusion, fantasy and enchantment. It covers everything from children's magic sets to Derren Brown, from Grimm's Fairy Tales to Walter Crane's Flower Fairies, from Middle-Earth to mermaids. It's beautiful, fascinating and covers every medium of product, story-telling and imagery. Gloriously displayed to please both enquiring young minds and memory-driven adults.
Posted by Lisa Rullsenberg at 5:34 pm